Young artists send a strong message against the deforestation for EU MEPs: 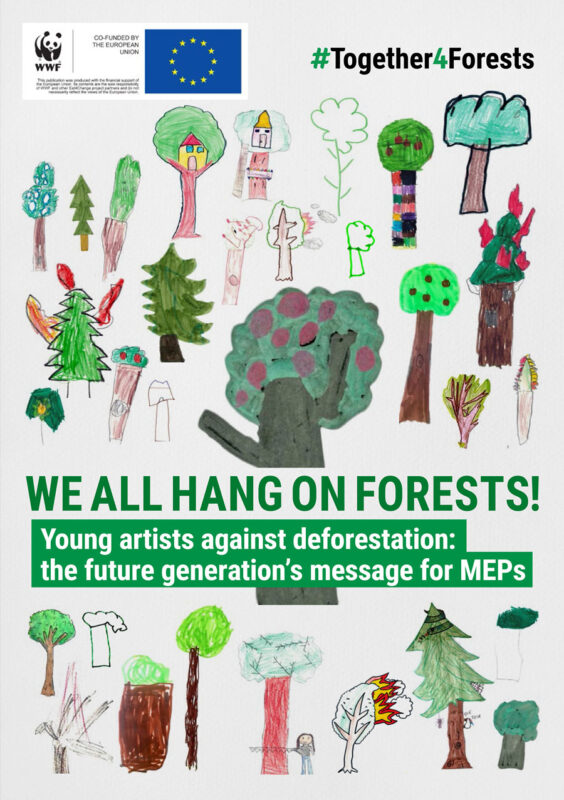 Download the Booklet (PDF): We all hang on forests! 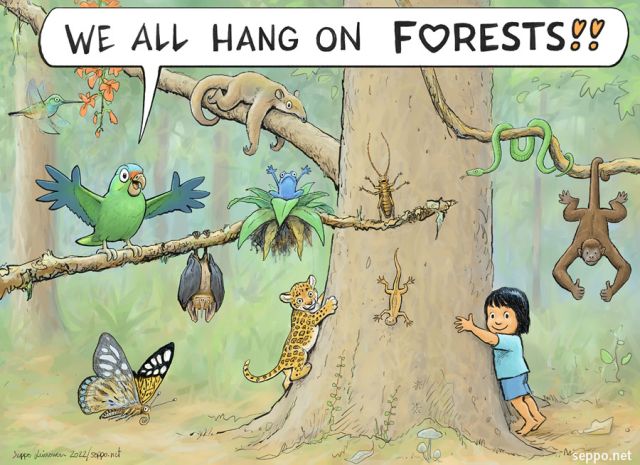 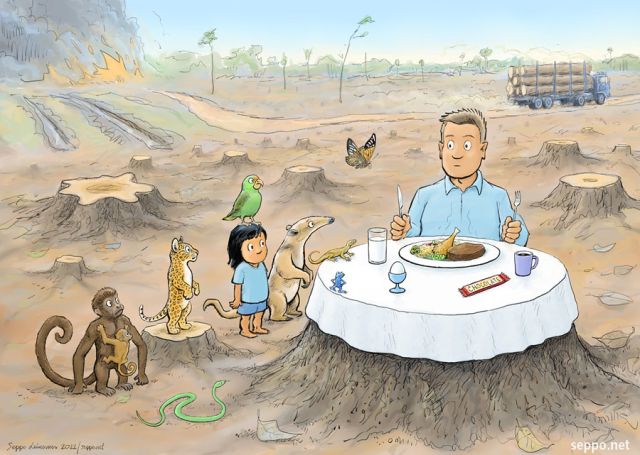 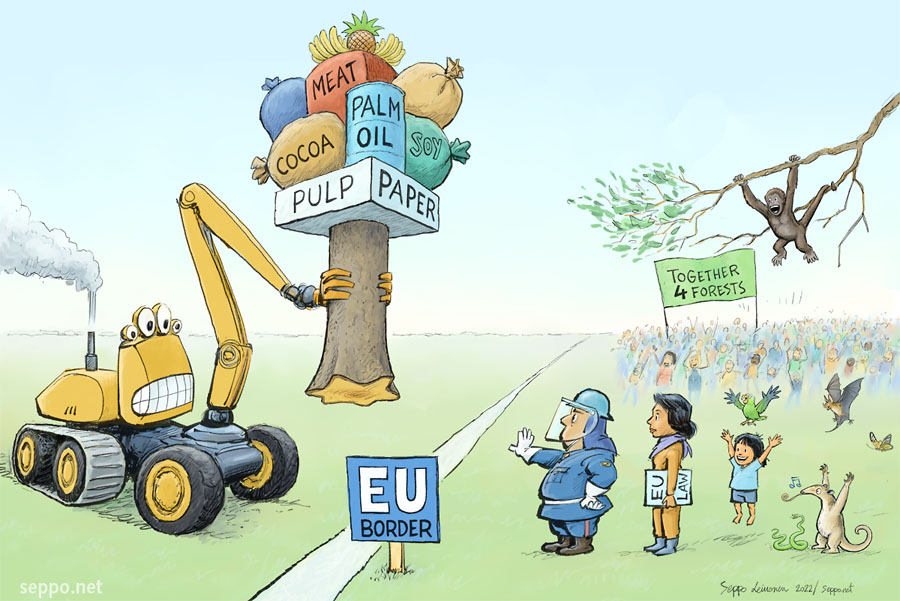 The invasive alien raccoon dog (Nyctereutes procyonoides) proved to be a more frequent and opportunistic predator than any of the native predator species. 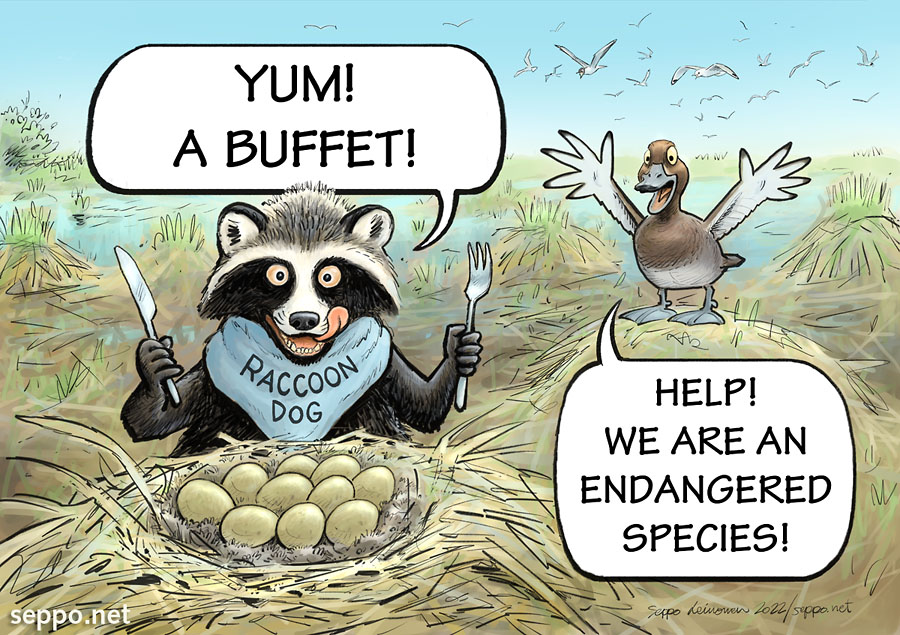 Alien species are recognised as presenting an increasingly global threat to native species, but we often lack evidence of their interactions and effects. For example, boreal nesting duck species have recently declined in abundance and in Finland more than half of the species are now classified as endangered. Alien predators have been suspected as playing a part in these declines and new studies suggest that this suspicion is justified. A joint Helsinki and Aarhus University study established more than 400 artificial nests containing farmed mallard (Anas platyrhynchos) eggs in normal duck nesting sites in Finland and Denmark, monitoring nest fates with wildlife cameras. 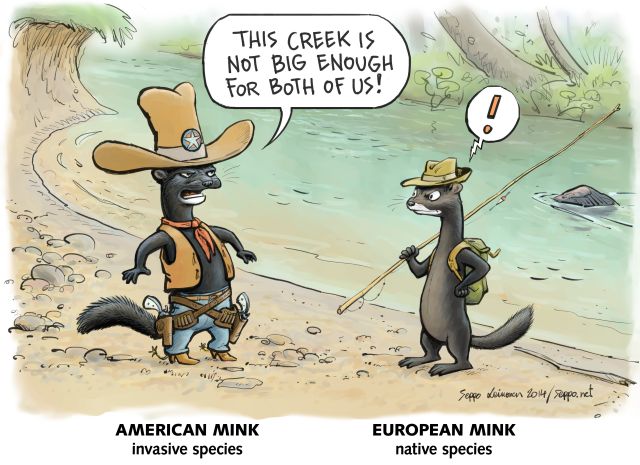 Invasive American mink pose a risk for birds nesting especially in wetlands & archipelago. It also is a threat for critically endangered European mink. 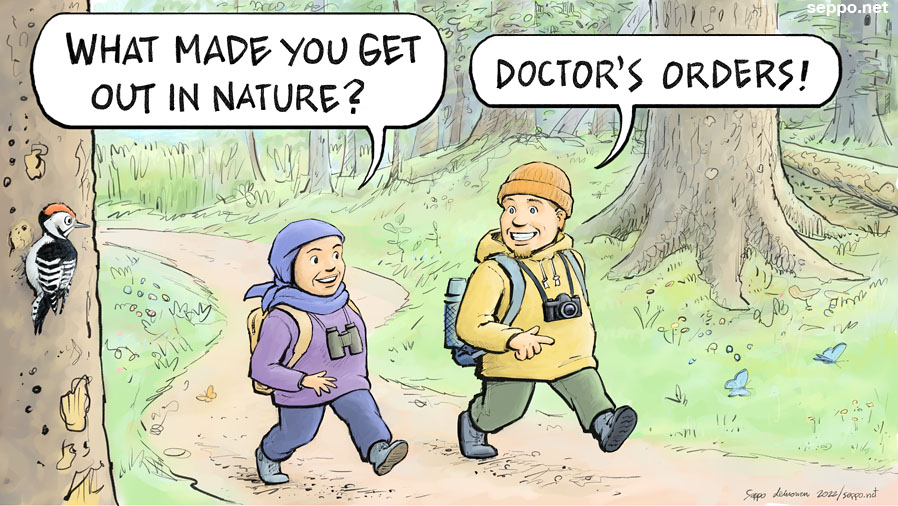 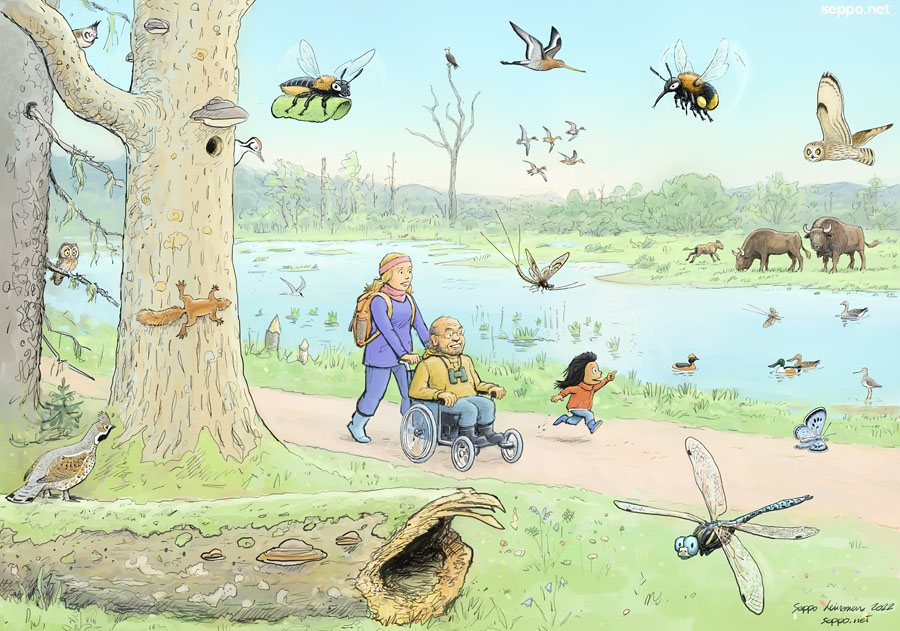 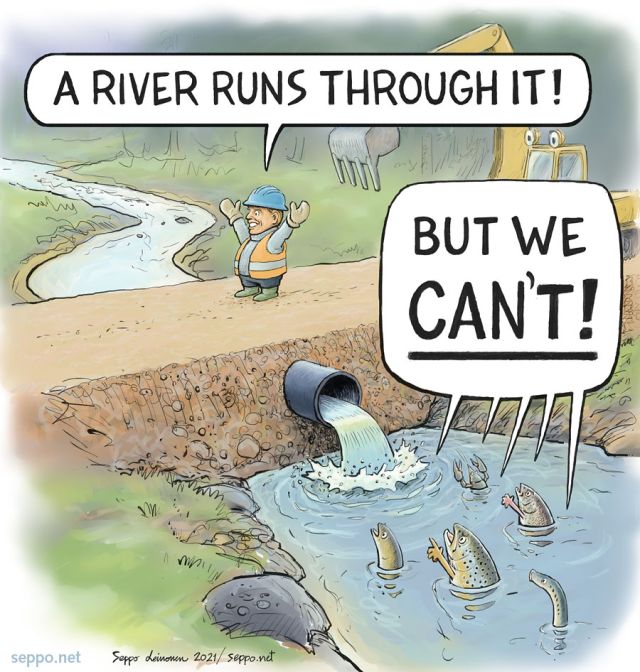 The World Fish Migration Foundation, The United States Forest Service, and The Nature Conservancy invite you to join us for a 3 hour, international webinar highlighting the need and opportunities to improve road and stream crossings to enhance the biodiversity of rivers across Europe!

River fragmentation from constructed barriers poses one of the greatest threats to freshwater biodiversity and river ecosystem function. In Europe, there are an estimated 1.2 million barriers; over 200,000 of these are mapped culverts/road crossings.

Dams and weirs get much needed attention, but river fragmenting culverts and road crossings are more common and often overlooked. These structures have an outsized impact on critical headwater rivers and streams. It’s time to shed light on this critical issue! 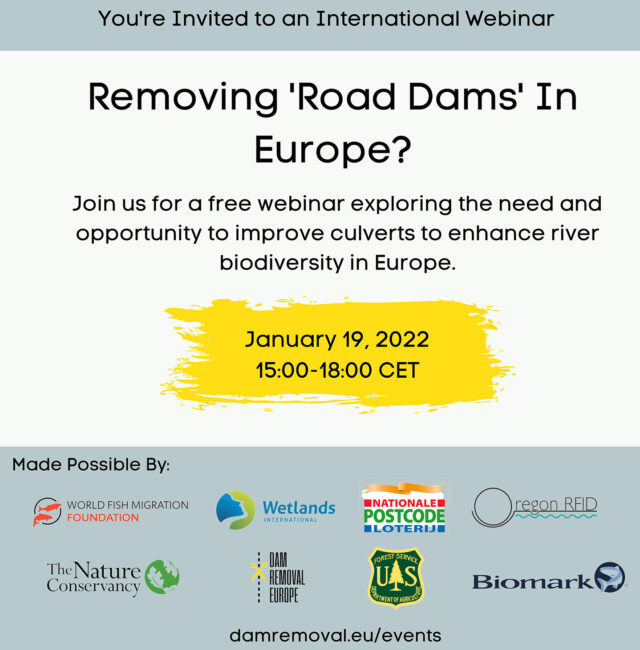