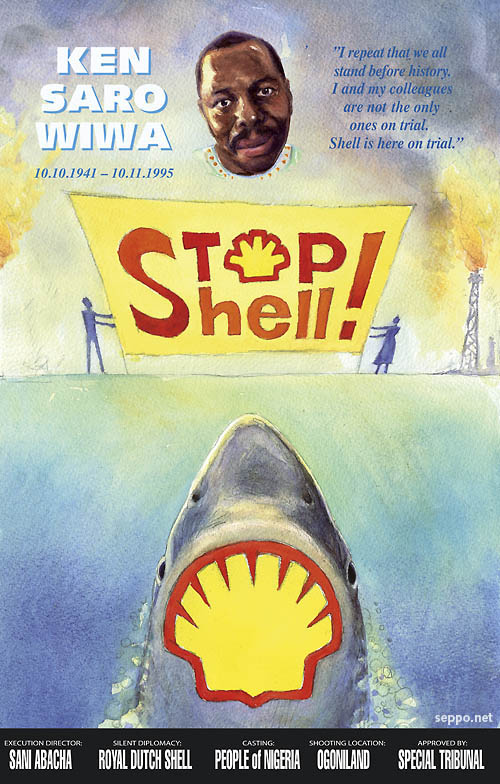 Nigerian environmental activist and writer Ken Saro Wiwa was executed in November 1995.  He was convicted by a military tribunal of the Nigerian military junta. Ken Saro Wiwa helped Ogoni people to organize non-violent protests against the the impact of Shell oil exploration, which  was destroying the environment at the Niger Delta.

Today 27th May 2009 Shell is in court in New York accused of crimes against humanity over its activities in the Niger Delta. Read the whole article from the Guardian: 14 years after Ken Saro-Wiwa’s death, family points finger at Shell in court

I made the poster above in 1997 for the Kumppani-magazine. Printable version for non-commercial use can be downloaded here. (3,6 mt).