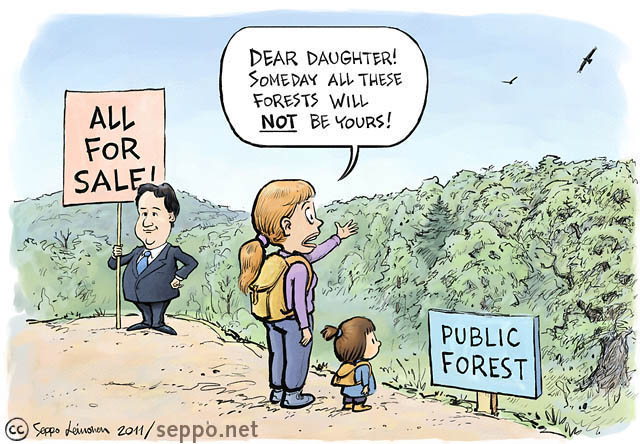 One third of British woodland is publicly owned. The government has revealed plans to privatise these forests and woodlands. The sell-off plan has evoked widespread protests. The majority of the British are against the sell-off plans. The Guardian reports:

“A YouGov poll has found that 84% of people agreed the woods and forests should be kept in public ownership for future generations, while only 2% disagreed.”

More about the issue:

2 Responses to British government wants to sell off public forests