Farewell to Martha – the last of her kin 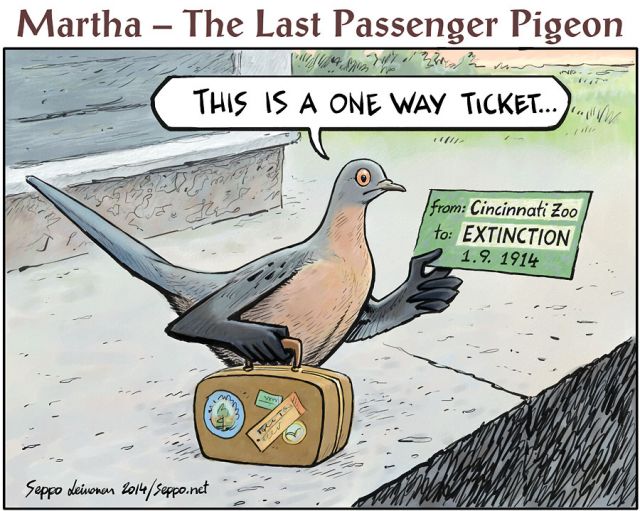 Passenger pigeon (Ectopistes migratorius) was the most abundant bird in North America and possibly in the world, and its swift extinction is an amazing and scary example of what human activity can achieve.

How did this all happen? Is there a lesson to learn? “If public disinterest helped exterminate the passenger pigeon, then one modern-day parallel might be public skepticism about climate change…

…’The world is so big and the atmosphere is so big; how could we possibly have an impact on the global climate?’

Even the political rhetoric of those who don’t want to address climate change aggressively has 19th century echoes. “The industry that paid people to kill these birds said, ‘If you restrict the killing, people will lose their jobs,’ ” notes Greenberg–“the very same things you hear today.”