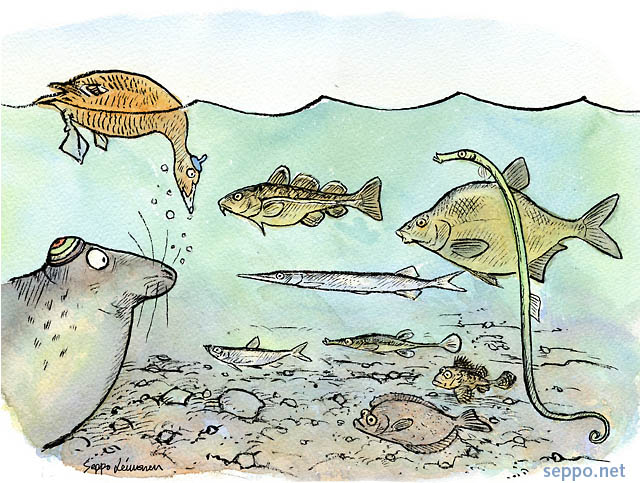 The United Nations declared 2010 to be the International Year of Biodiversity.

In Johannesburg Summit 2002 the international community set itself the goal of making a “substantial reduction in the rate of loss of biological diversity” by 2010. Now we know that this goal will not be reached.

Biologists talk about sixth extinction wave. They estimate that the rate of species extinction is about 1,000 times higher than the natural background rate, mostly because of human activities: habitat loss, exploitation and climate change.

According to the Millennium Ecosystem Assessment “reducing biodiversity will impact societies at a number of levels, including diminishing the availability of economically valuable natural goods such as timber and compromising “ecosystem services” such as fresh water and biodegrading bacteria.”

So we have some challenges here. Biodiversity is a difficult word, but not impossible to spell. So it must also be possible to celebrate and save the biodiversity, the variety of life on Earth!

UN Secretary General Welcome Message for the 2010 International Year of Biodiversity from CBD on Vimeo.