Is the Fate of the Saimaa Seal sealed? 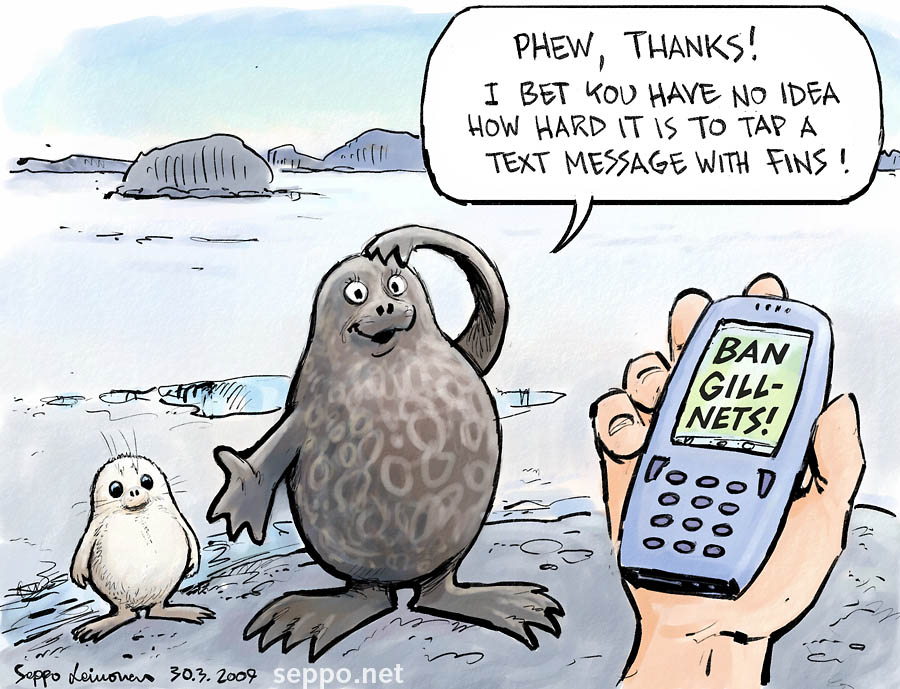 “A dispute over the protection of the Saimaa ringed seal (Phoca hispida saimensis), a critically endangered species, is causing deep divisions among political parties in Finland. The Finnish Association for Nature Conservation, the largest environmental organization in Finland, called for a ban on the use of fishnets in Lake Saimaa during the spring in order to prevent the extinction of this highly vulnerable species.

Sirkka-Liisa Anttila, the centre party’s Minister for Agriculture and Forestry, is trying to promote voluntary agreements: fishermen who stop using nets in waters where they have exclusive fishing rights will receive compensation.

Many government and opposition MPs find Minister Anttila’s proposals difficult to swallow: not all owners of fishing rights have signed agreements and continue using nets…”