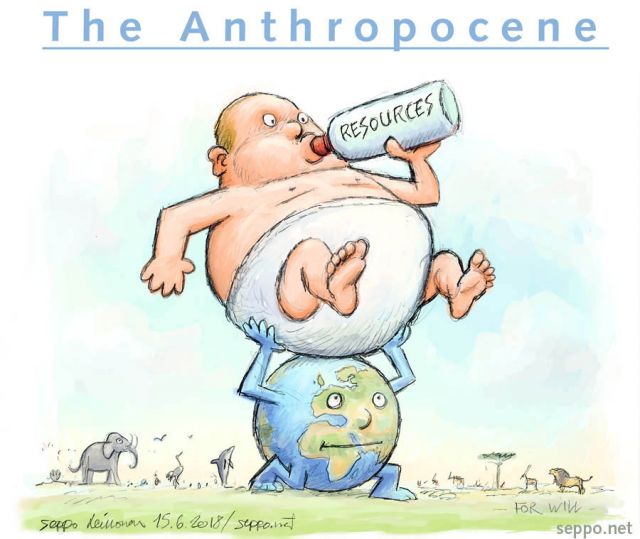 Many scientists think we are now living a new epoch, the Anthropocene. It is defined to be the Earth’s most recent geologic time period as being human-influenced, or anthropogenic, based on overwhelming global evidence that atmospheric, geologic, hydrologic, biospheric and other earth system processes are now altered by humans.

The black & white version of this cartoon was made live during professor Will Steffen‘s plenary talk “Anthropocene, Planetary Boundaries and the Biosphere”. It was held on the 15th of June 2018 at the 5th European Congress of Conservation Biology ECCB2018 at Jyväskylä, Finland. I coloured the cartoon later.

Will Steffen’s talk can be seen here: