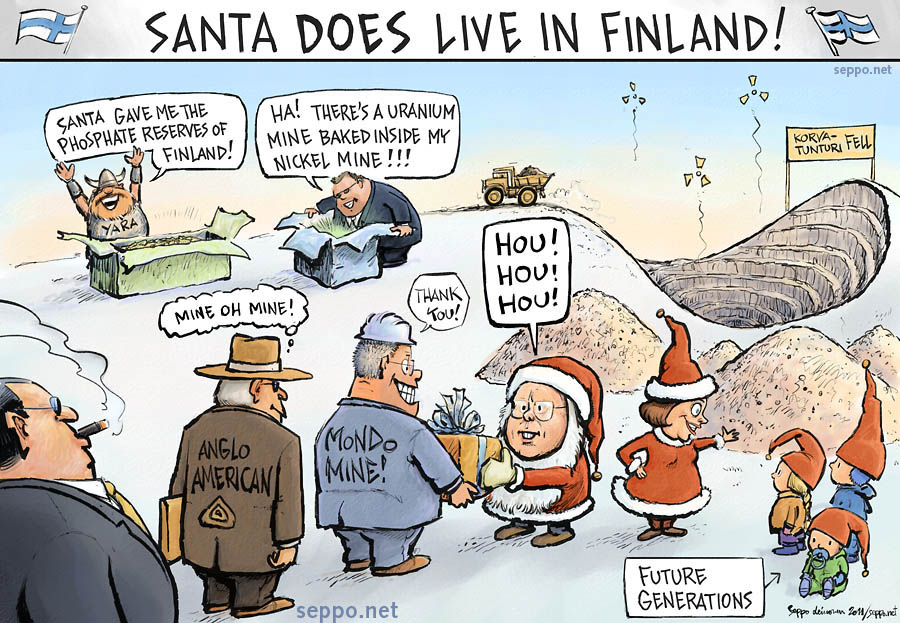 Poor environmental legislation and spineless politicians have made Finland a paradise for mining companies.

The nickel and zinc producer, Talvivaara Mining Company has so far gained reputation by ignoring environmental regulations. Huge emissions of sulphate, sodium and manganese have turned nearby freshwater lakes salty. The company has also been plannig something bigger. Behind closed doors it co-operated with government authorities and made plans to extract also uranium from the ore, and open the first uranium mine in Europe. This way it could avoid the public debate and the proper environmental audition.

“Uranium mining operations have got into the country ‘through the back door’ and they are ruining the country’s reputation as a travel destination, especially in the north. Bad decisions on nuclear power plants are now getting a follow-up with uranium mines. This madness simply has to be brought to an end”, said former Green MP Erkki Pulliainen. Pulliainen added that a few years of mining operations are not worth ruining the reputation of Kainuu and Lapland as travel destinations.

More about uranium mine plans in Finland.