“Rivers, lakes, and wetlands support extraordinary diversity. Such bodies of water host more species per square kilometre than forests or oceans. Yet they are losing this biodiversity two to three times faster than forests and oceans. Populations of freshwater animals, including river dolphins, sturgeon, beavers, crocodiles, and giant turtles, have already plummeted by 88%. More than a quarter of freshwater species are headed for extinction unless we act now.” 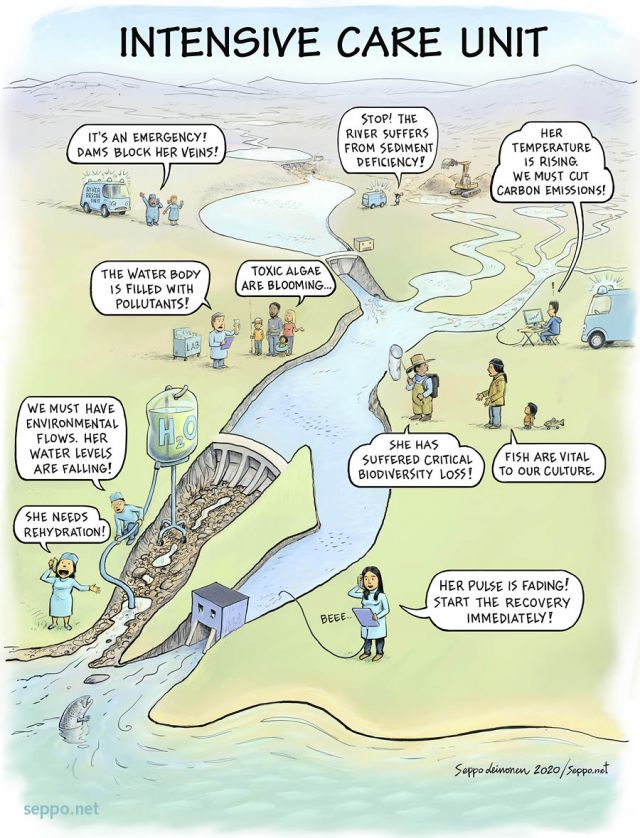