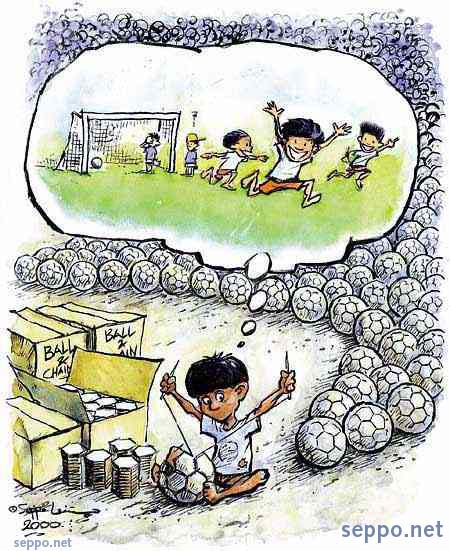 SASK Finland reports that the Union of European Football Associations, UEFA, will not allow a stand displaying fair trade footballs to be brought into its ‘partner display areas’ during the final tournament of the Women’s Euro 2009 championship.

UEFA decision was an unpleasant surprise for the Finnish NGO organisations. The Fair Play – Equal Rules campaign has been touring football events in Finland since 2006. It is part of the international Play Fair at the Olympics network.

“In sport there is a lot of emphasis on the spirit of fair play, impartiality and keeping to the rules. For me, UEFA’s ban on fair trade footballs in the final tournament of the Women’s Euro reveals a shockingly unsportsmanlike spirit and mentality”, says Mr Antti Rinne, President of the Union of Salaried Employees (TU).

The whole story about this not so fair play.