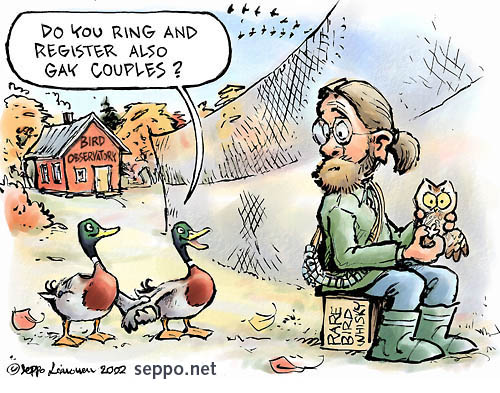 The CEO of Alma Media Corporation Mr. Kai Telanne fired the newly-appointed editor-in-chief of the Lapin Kansa newspaper Ms. Johanna Korhonen on October 1st 2008. Lapin Kansa is the largest newspaper in Lapland, Northern Finland. The reason of the sacking seems to be that Alma Media found out that Johanna Korhonen is living in a registered partnership with another woman. Korhonen says Alma Media offered her about 100 000 euros of hush money, if she would resign silently from the post.

The event has raised a lot of protests and boycotting campaigns against Alma Media in Finland. The journalists working for Lapin Kansa have demanded the resignation of the Alma Media CEO Telanne.

To add some pepper to the soap, the retiring editor-in-chief of Lapin Kansa Mr. Heikki-Tuomi Nikula said to YLE Finland that an openly gay person would have a difficult time in working in the job. “I find it quite peculiar that there would be an open lesbian here. Someone could be in the closet, and I’m sure there are people like that around.” The journalists working for Lapin Kansa have demanded the resignation of editor Tuomi-Nikula too.

Alma Media has denied accusations and claims that Korhonen has been lying during the process. The case is going to be continued in court.

I drew the cartoon above about gay mallards in 2002 for the Suomen Luonto magazine after the Finnish parliament had passed the law allowing gay people to register as couples. It was a comment for those who say homosexuality is unnantural. For example mallards and geese are known to have male gay couples. The BBC Wildlife magazine reports in the August 2008 issue that homosexual behaviour has been recorded in more than 450 animal species.