Fossils in the tar 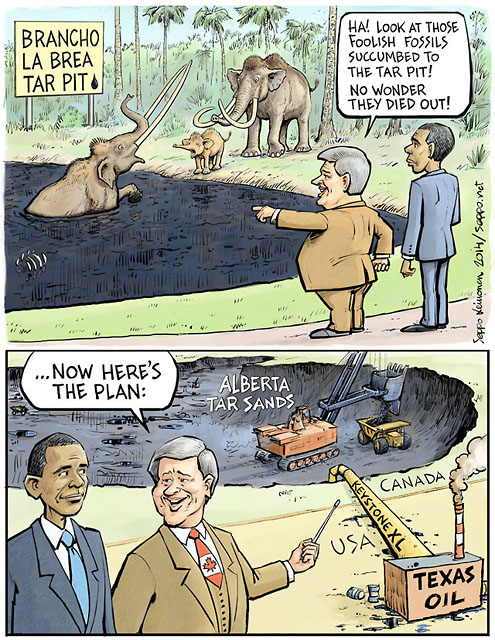 The Rancho La Brea Tar Pits – “One of the world’s most famous fossil localities, recognized for having the largest and most diverse assemblage of extinct Ice Age plants and animals in the world.”

Keystone XL Pipeline – “Pipeline that would trek close to 2,000 miles from Alberta, Canada to the Gulf Coast of Texas. If constructed, the pipeline will carry one of the world’s dirtiest fuels: tar sands oil.”

Barack Obama – The President of the United States.

Stephen Harper – The Prime Minister of the Canada.

One Response to Fossils in the tar