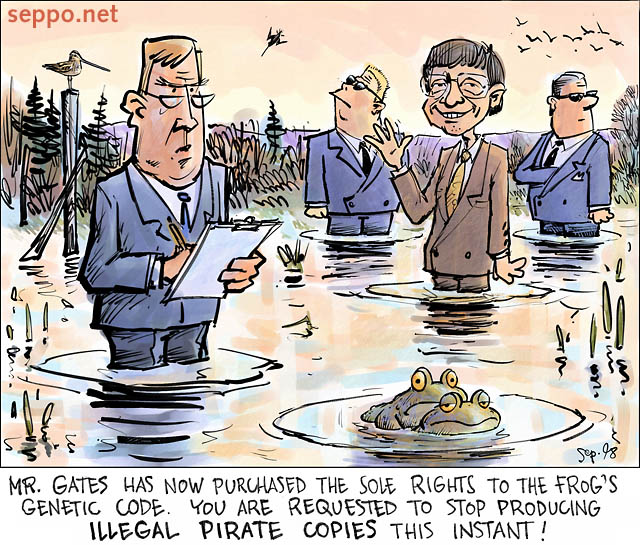 GMWatch reports, that many NGO organizations have criticized Bill Gates for pushing GMO plants to Africa:

Sierra Club, the world’s largest grassroots conservation organization, has concerns about your statement at the World Food Prize forum last month. You claimed that environmentalists opposed to genetic engineering of farm crops are against anything that increases yields.

Nothing could be farther from the truth.

Genetic engineering – the artificial splicing of genes into a completely different species – does not increase crop yields, according to a recent study by the Union of Concerned Scientists. One means to increase crop yields which does not pose risks to the environment is marker-assisted selection (MAS), a high-tech method of speeding up the process of conventional plant breeding.

A major study released from the United Nations reveals that organic farming offers Africa the best chance of breaking the cycle of poverty and malnutrition it has been locked in for decades. New evidence suggests that organic practices are delivering sharp increases in yields, improvements in the soil and a boost in the income of Africa’s small farmers, who remain among the poorest people on earth.
See:  http://www.unep-unctad.org/cbtf/publications/UNCTAD_DITC_TED_2007_15.pdf

In addition, Indian writer Vandana Shiva wrote, “Millions of farmers in third world countries want to breed and grow the crop varieties that adapt to their diverse ecosystems. Plant biodiversity is essential for a balanced diet.  Yet numerous crops are pushed to extinction with the introduction of GE crops.”

Who benefits from the manipulation of the genetic code, which has evolved over the past billion years? Huge agribusiness corporations, which are solely responsible to provide financial benefit to their shareholders. How?  By artificially remaking life by crashing through the natural barrier between species to make genetically manipulated organisms and by patenting those traits.

There is massive opposition amongst indigenous people to the release of GMOs into the environment and for good reason.

* The safety of genetically manipulated crops has not been independently tested. The U.S. regulatory agencies merely rely on test data provided by the corporations which manufacture the genetically engineered plants.

* Some genes spliced into plants code for the production of insecticides in every cell of the plant. There is no requirement for long-term testing, so the long-term effects of consuming a plant that has been made into an insecticide are unknown.

* Genes from genetically manipulated crops can spread to neighboring crops or to wild species, which can be a major disaster for the welfare of the planet and its inhabitants. It is impossible to recall engineered genes once they are released. Think of spliced-in genes, also called transgenes, as malicious code in the genome of a plant code that is self-replicating. Genetic engineering is forever.

Mr. Gates, we urge you to reconsider your belief that genetic engineering can feed a hungry world.

Rather, the implications of a hacked genetic code slipping into our food and multiplying is worse than a computer virus.