SiCKO vs. CNN – And Who Blew the Facts? 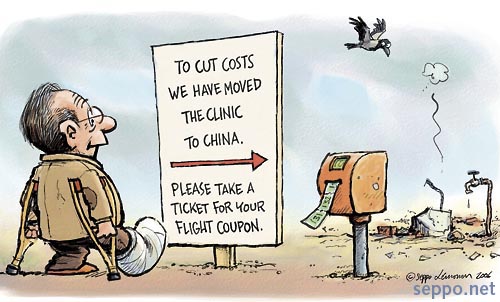 Michael Moore new film SiCKO is a document about US health care system, or maybe lack of it. Like earlier Moore films, also SiCKO has raised a debate.

FAIR reports that when Michael Moore appeared on CNN‘s Situation Room on July 9, their senior medical correspondent Dr. Sanjay Gupta claimed that Moore “fudged the facts” when critiquing the U.S. health care system. Afterwards Moore said in his open letter that actually CNN had really fudged the facts in their story and demanded CNN to apologize. Later CNN admitted they had two facts uncorrect and actually in Moore’s film all his statistics in “Sicko” are the correct compared to the sources he has cited.

2 Responses to SiCKO vs. CNN – And Who Blew the Facts?