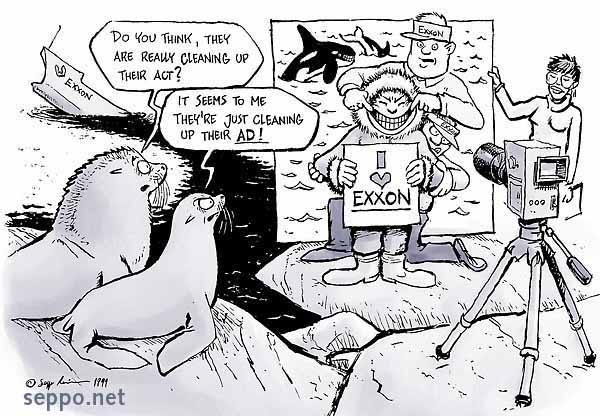 Twenty years ago March 24, 1989, the single-hulled tanker Exxon Valdez hit Prince William Sound’s Bligh Reef in Alaska, spilling 11 million gallons of crude oil into the sea. The spill contaminated about 1900 kilometers of the shoreline and killed hundreds of thousands of birds and mammals and harmed the fisheries of the area.

I made the cartoon above in 1991, and unfortunately it hit closer than I could then imagine. Exxon concentrated to wriggle out of responsibilities and used hundreds of millions of dollars to avoid and to delay all claims for damages.

Documentary movie Black Wave: The legacy of the Exxon Valdez.